Napa Valley: Water Related Diseases You May Not Know About

Have you ever felt like you caught something but you’re not sure what it is?

Whatever the case may be, it may be coming from your water.  Below are common diseases that can be found in your water source, and what you can do to make sure that you’re drinking safe water.

These four diseases could be lurking in YOUR water. 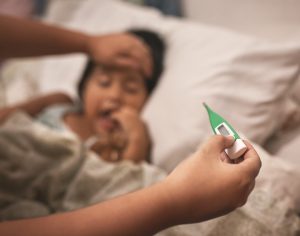 Giardiasis is a diarrheal illness caused by a microscopic parasite.  Once infected with Giardia, the parasite lives in the intestine and is passed in the species.  During the past 30 years, Giardia has become recognized as a common cause of waterborne disease in humans in the US.  The parasite can enter your water system in several ways, including sewage overflows, malfunctioning sewage systems, storm water runoff, and agricultural runoff.  Common ways to kill Giardia include bringing your water to a rolling boil, using a Reverse Osmosis System, or any filter with an absolute pore size of 1 micron or smaller.

Legionella is a type of Bactria that is found naturally in freshwater lakes and streams.  It becomes a problem when it spreads into building water systems such as showerheads, faucets, hot water tanks, and plumbing systems.  It spreads by multiplying in droplets small enough for people to breathe.  It can also be a problem if one would get drinking water containing Legionella in their lungs.  While most people with Legionella do not get sick, the most at risk parties include:

Noroviruses are found in every part of the United States and throughout the world.

Norovirus is the name used for all of the viruses in a group that was previously known as “Norwalk-like viruses.”  Norovirus causes intestinal illness and has been associated with outbreaks in many close-proximity areas. They may be found in water sources that have been contaminated with the feces of infected humans.  The water can become infected in many of the same ways as Giardia that are listed above.  It can be removed from water by bringing it to a rolling boil for one minute.

Shigellosis is an infectious disease caused by a group of bacteria called Shigella.  Common symptoms include diarrhea, fever, and stomach cramps.  These symptoms can occur a day or two after being exposed to Shigella.  The disease usually lasts 5-7 days.  Causes of the disease include touching your mouth after being exposed to Shigella, eating contaminated food, or drinking contaminated water.  Water contaminated with Shigella can be treated using chlorine, bringing your water to a rolling boil, or Reverse Osmosis filters.

As you can see, most of these diseases can be kept away from your water by using one of Culligan of Napa Valley‘s many products.  From Reverse Osmosis Systems to Whole Home Systems, we will make sure that your people get good, clean, safe Culligan Water.